On the morning of the 3rd March, in Hanoi, the national fund of science and technology development in collaborate with Military Technical Academy to holdthe first NAFOSTED Conference on Computer and Information Science. This is an annual activity to promote scientific publications in the country and provide a forum for academic exchange in high quality between scientists in the field of computer science, information technology and communications. All the scientific reports submitted to the organizing departmentas well as present in English in front of the conference and the conference and are evaluated by organizing department with high scientific content.

Prof. Dr. Dang Quang A, Institute of Information Technology,Vietnam Academy of Science and Technology – Head of Program said the conference had received enthusiastic response by scientists in the field of science and computer all over the country. There were 95 scientific reports on fuzzy sets and fuzzy logic; system security method; Simulation and Algorithm; Soft Computing; Administration, security and network security; Next Generation Internet; Wireless network; Methods of enhancing network performance; … weresent to the organizing department. Through the evaluation process,close argument, 54 articles were selected to report in two days of the conference. University of Information and CommunicationTechnology has two selected reports of the authors: Dr. Vu Vinh Quang, Dr. Truong  Ha Hai and MA. Nguyen Van Toi.

Also at the conference, Dr. Do Tien Dung, Director of NAFOSTED said NAFOSTED had operated for 5 years and had achieved impressive results in funding for scientific studies, seminars, major symposia of universities , research institutes all over the country. The conference is also considered as the opportunity to expand cooperation and promoting basic research of scientists in the field of computer and science all over the country.

Some photos were taken at the Conference: 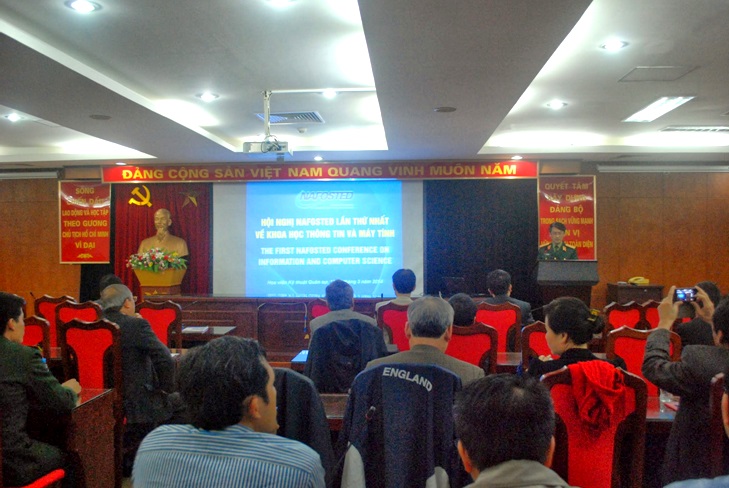 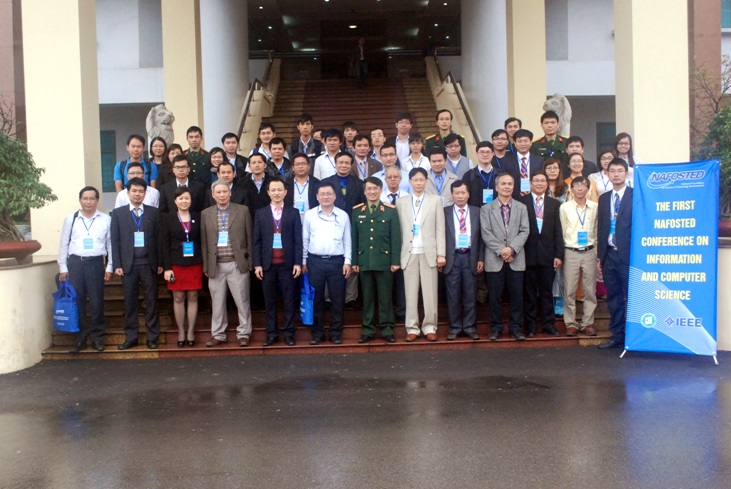 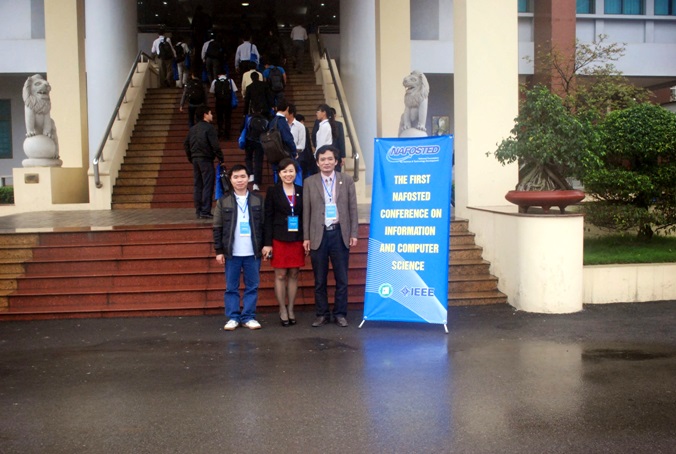