On the afternoon of December 3, 2019, a delegation of cadres and students of Yokohama Techno Auto College – Japan (YTC) led by Mr. Kurushima Isao – Vice Rector visited and exchanged culture at ICTU. Welcoming and working with delegations, there were Dr. Vu Duc Thai – Deputy Secretary of the Party Committee, Vice Rector, leaders of the functional divisions and a large number of ICTU students.

ICTU and YTC officially signed a cooperation agreement on January 3, 2013. Over 6 years of cooperation, the two units have implemented and supported each other on many contents such as sending ICTU students to study short-term and long-term vocational training programs at YTC, cooperating to open new training major (Automotive Electronics) at ICTU, culture and student exchange.

At the beginning of the program, there were special performances by ICTU students. 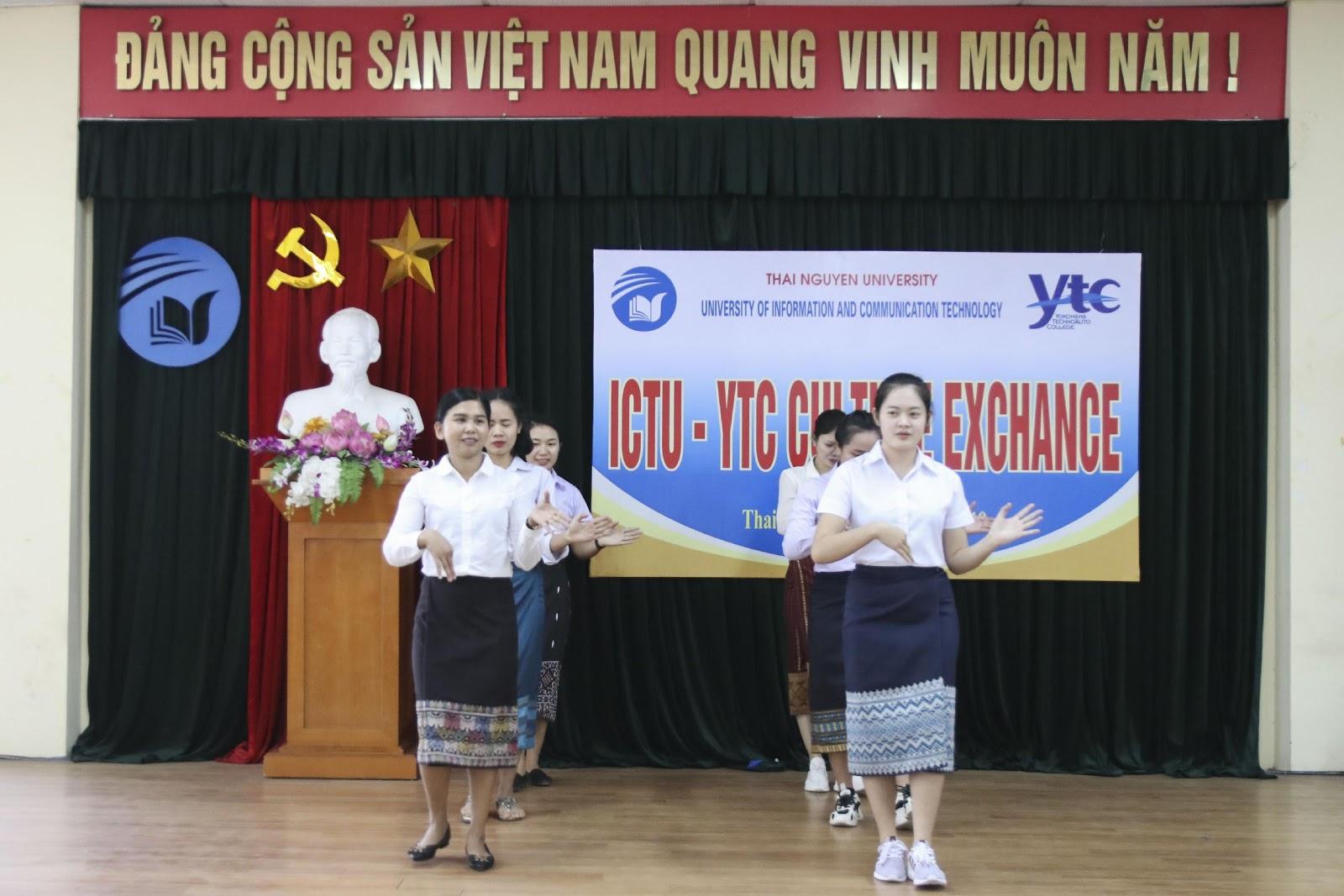 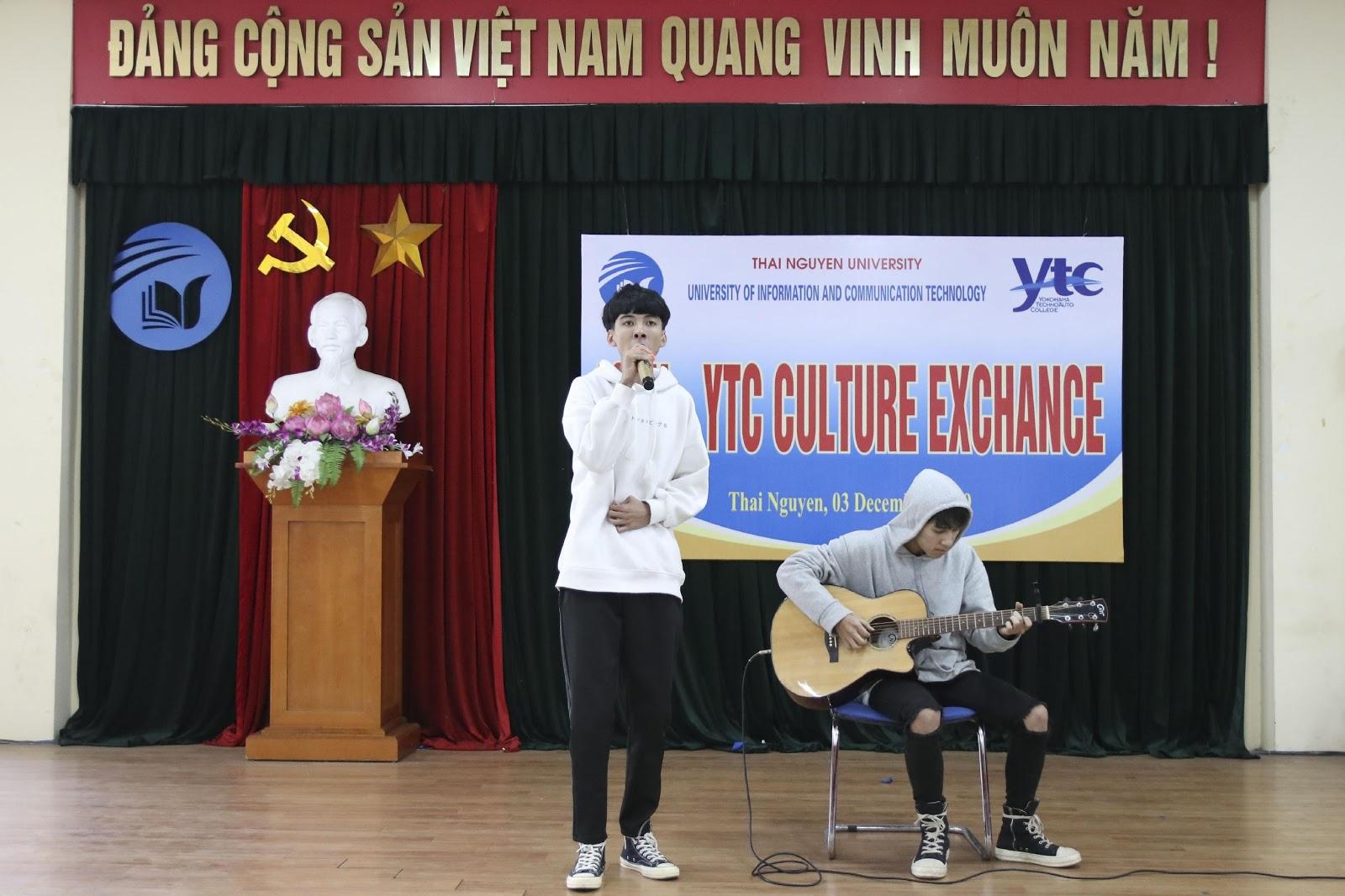 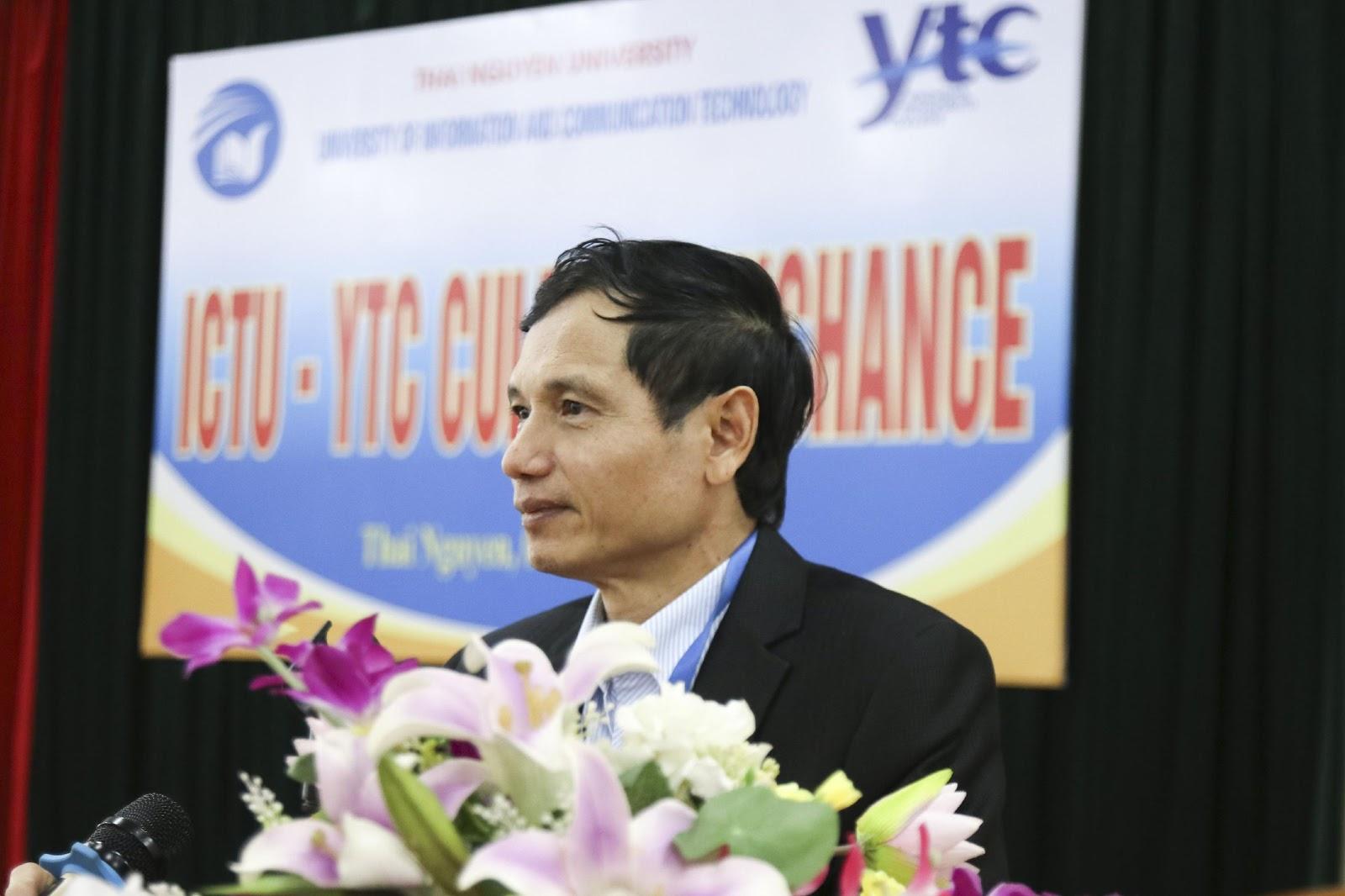 In the welcome speech, Dr. Vu Duc Thai emphasized the successful cooperation between ICTU and YTC. Dr. Vu Duc Thai hoped that through this program, ICTU students would be able to improve their communication skills in Japanese and hopes that the two institutions’ students would have a friendly and rewarding exchange meeting, strengthening the cooperation between the two units in particular and the two ethnic groups in general. 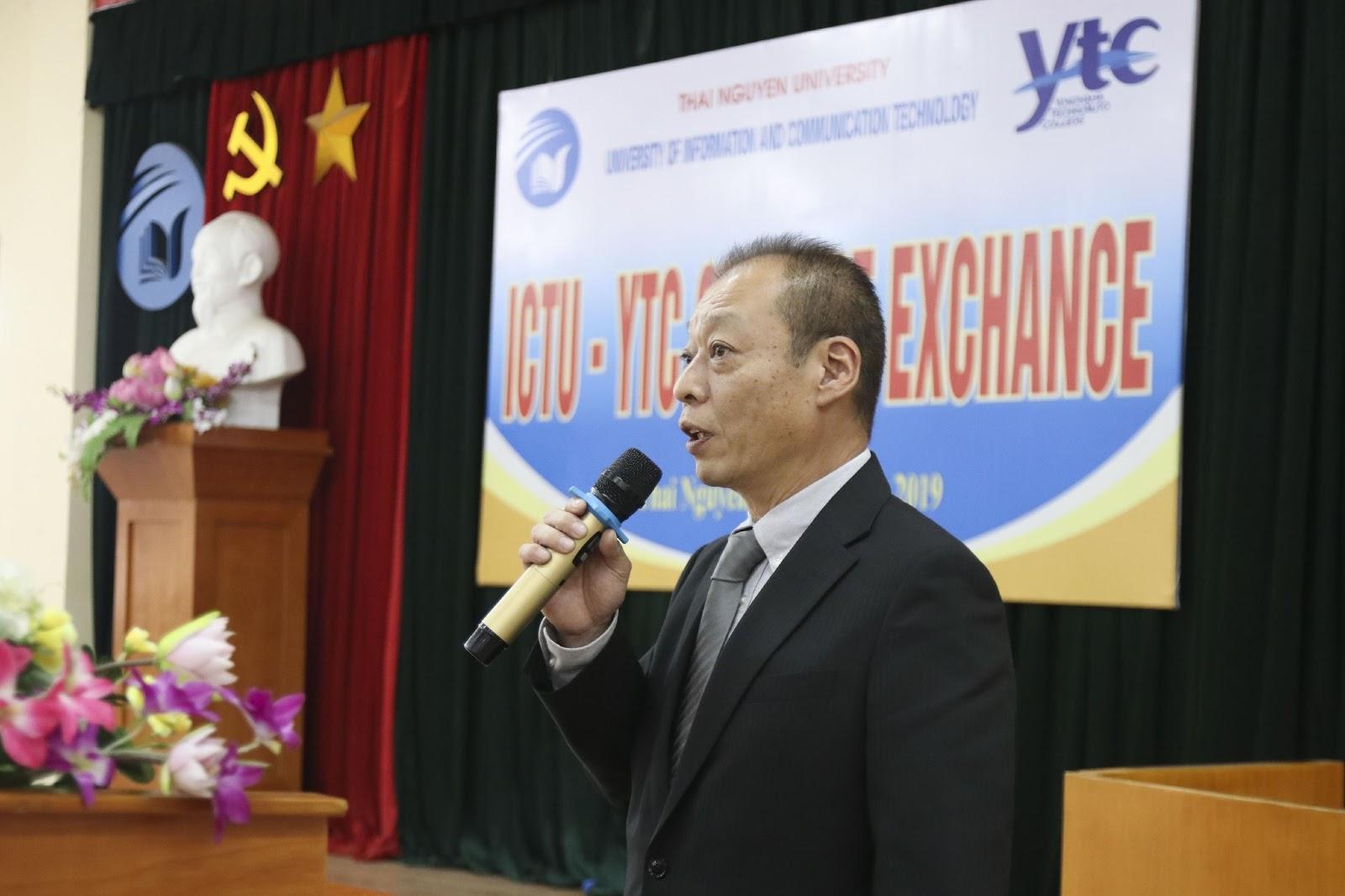 YTC representatives sincerely thanked ICTU’s warm feelings for the YTC delegation and hoped that the two institutions would have more cooperative activities and more solidarity in the future. 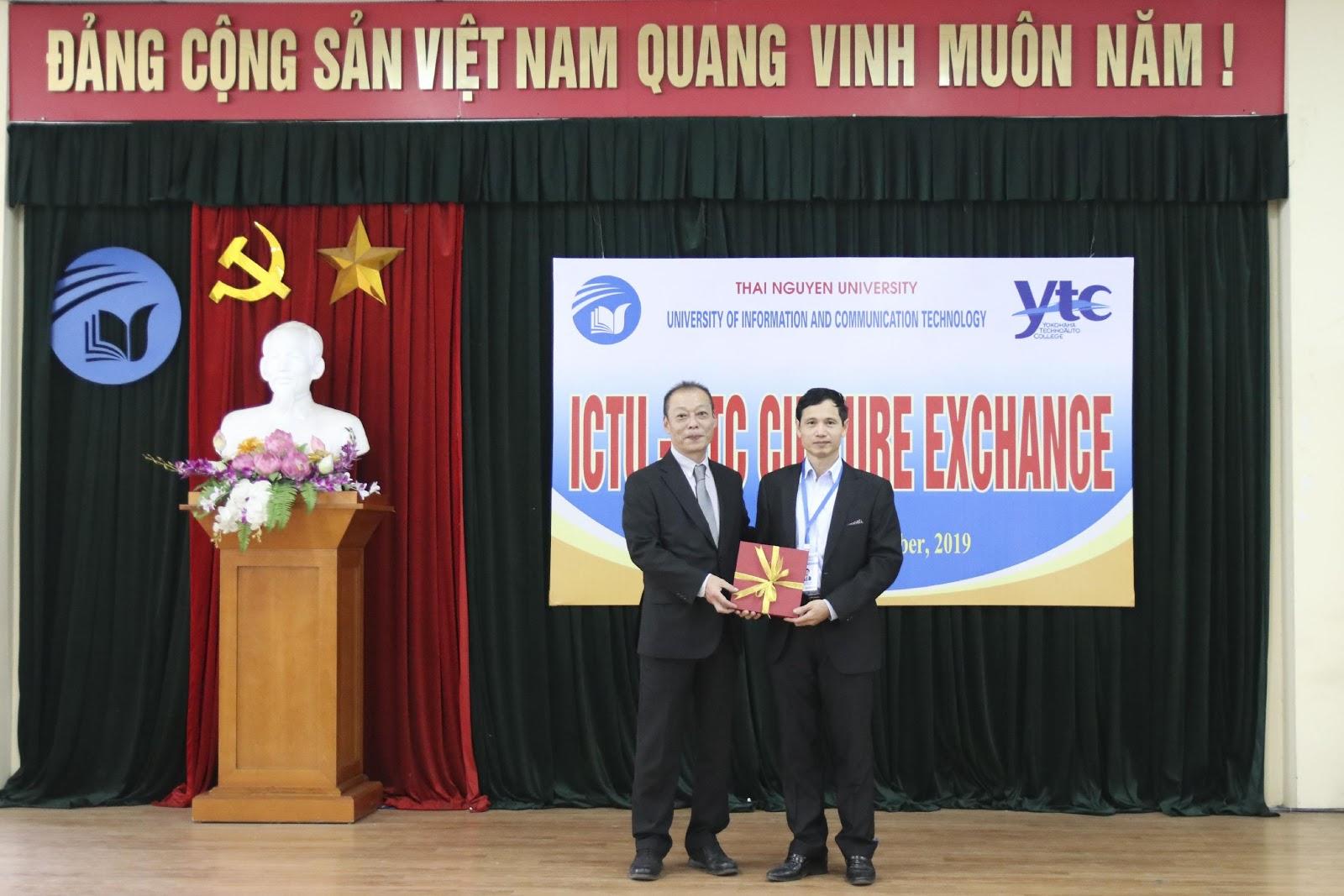 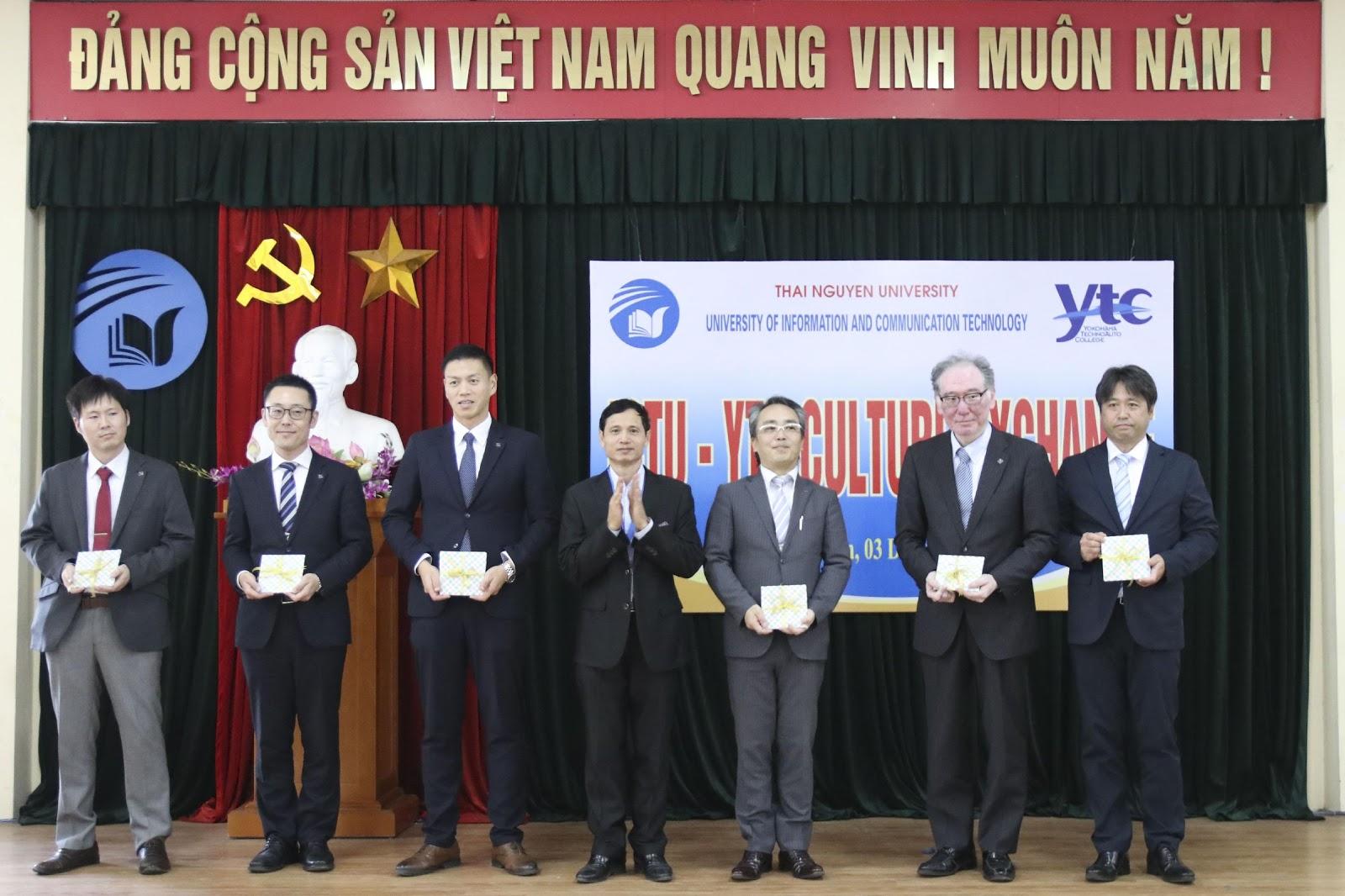 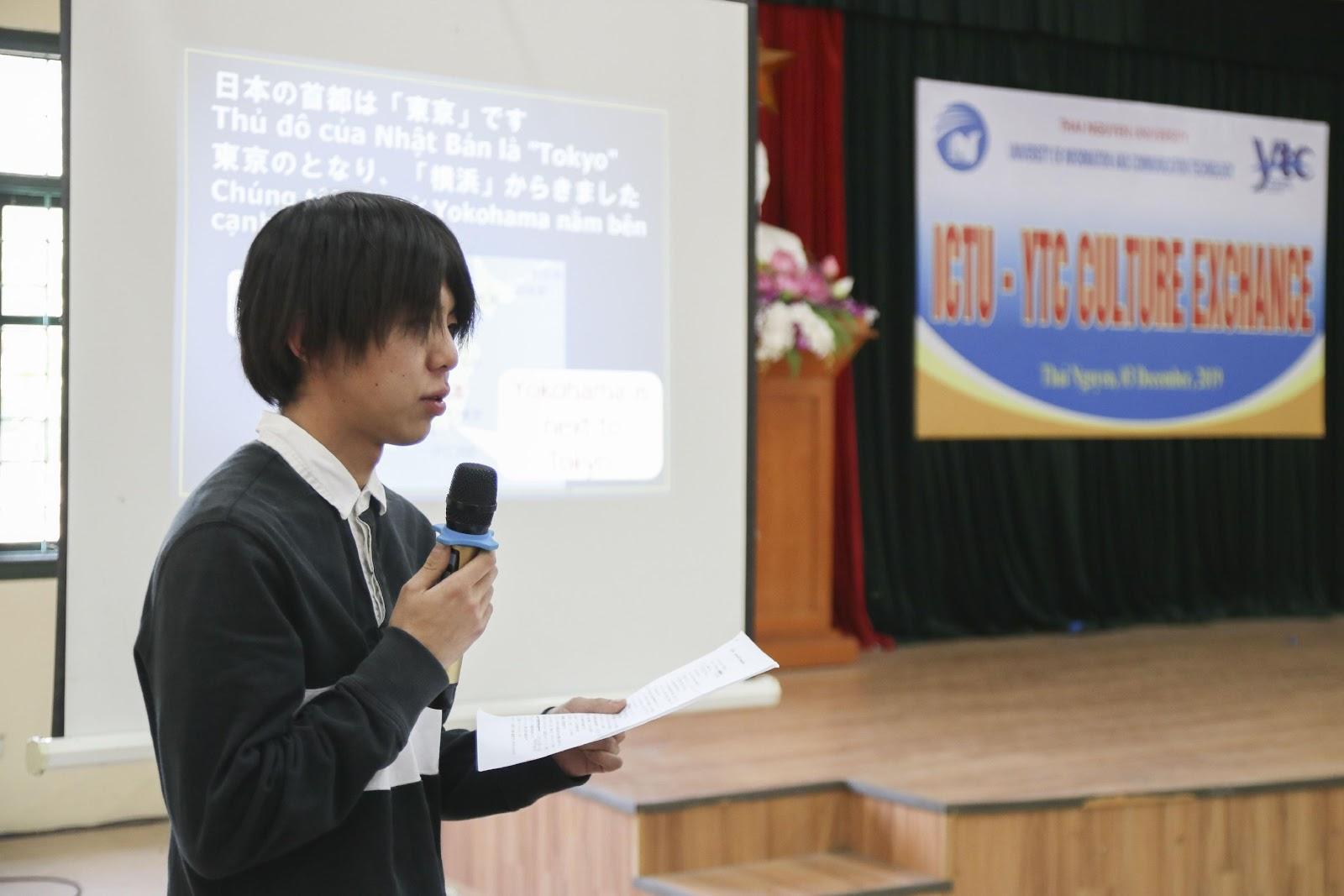 YTC students giving a presentation on Japanese culture at the program 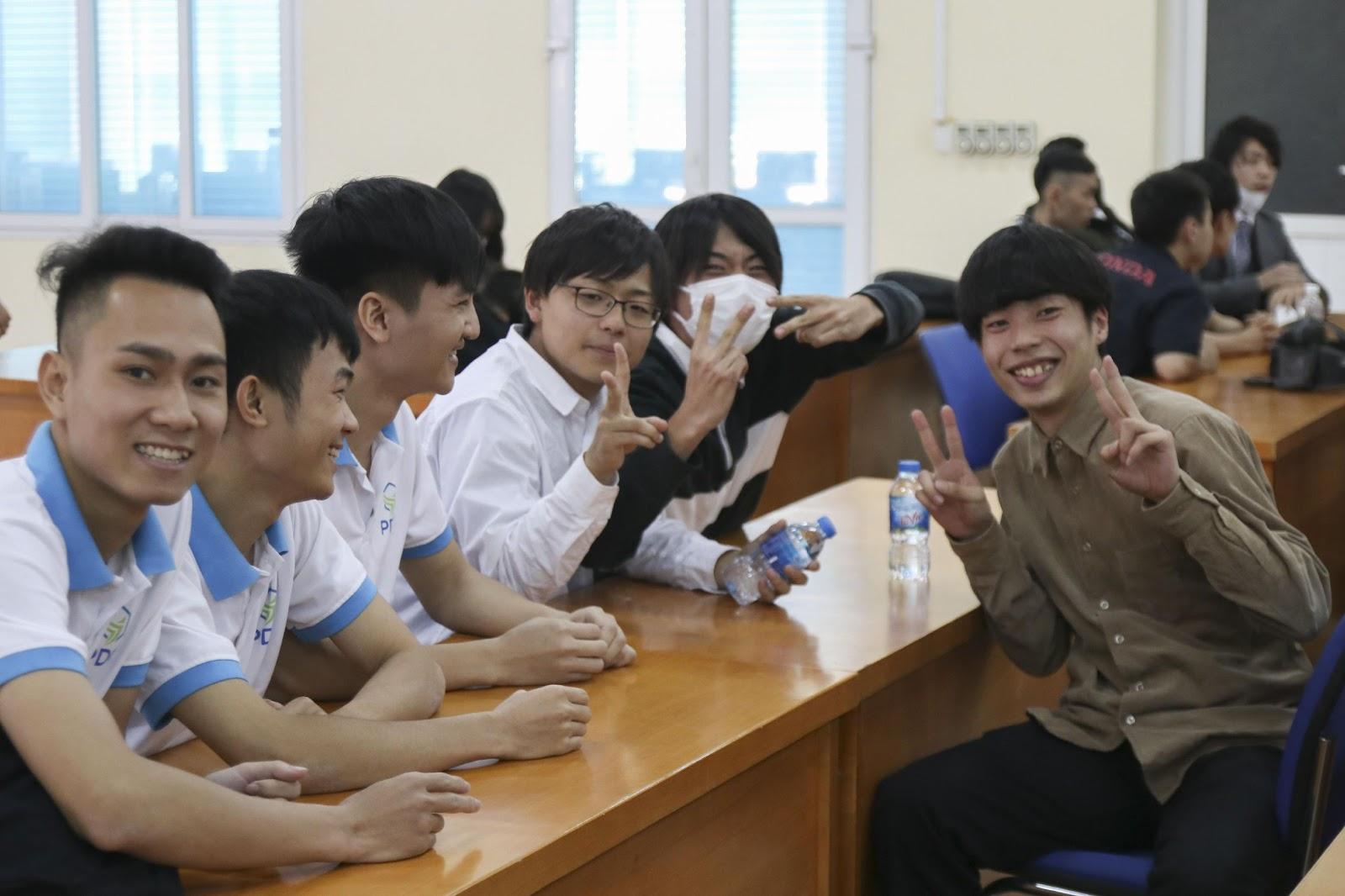 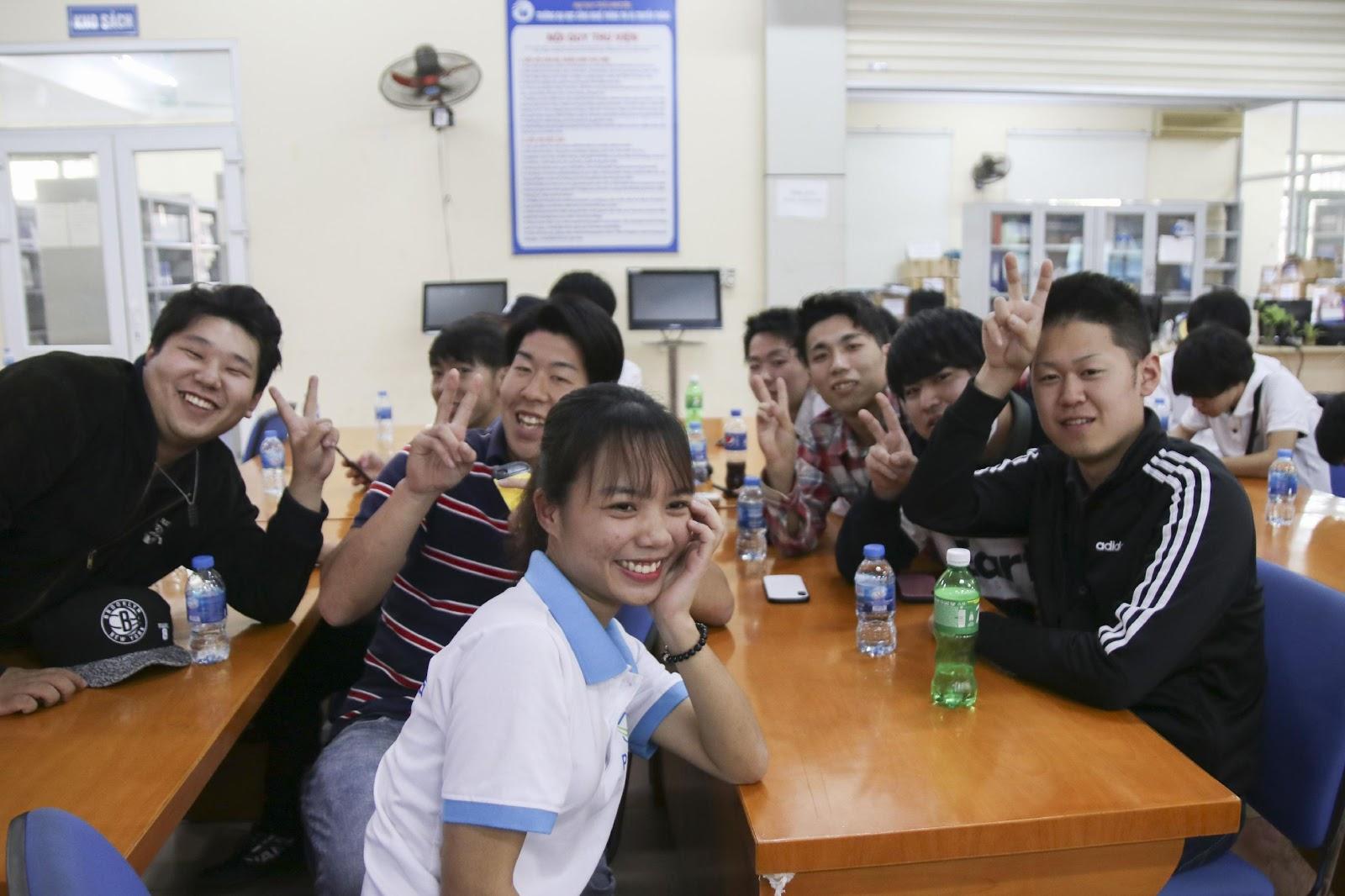 ICTU and YTC students interacting at the program

During the program, there were many exchange activities such as introduction of Vietnamese and Japanese culture, introduction of YTC and ICTU, and anti-earthquake technologies of Japan etc. 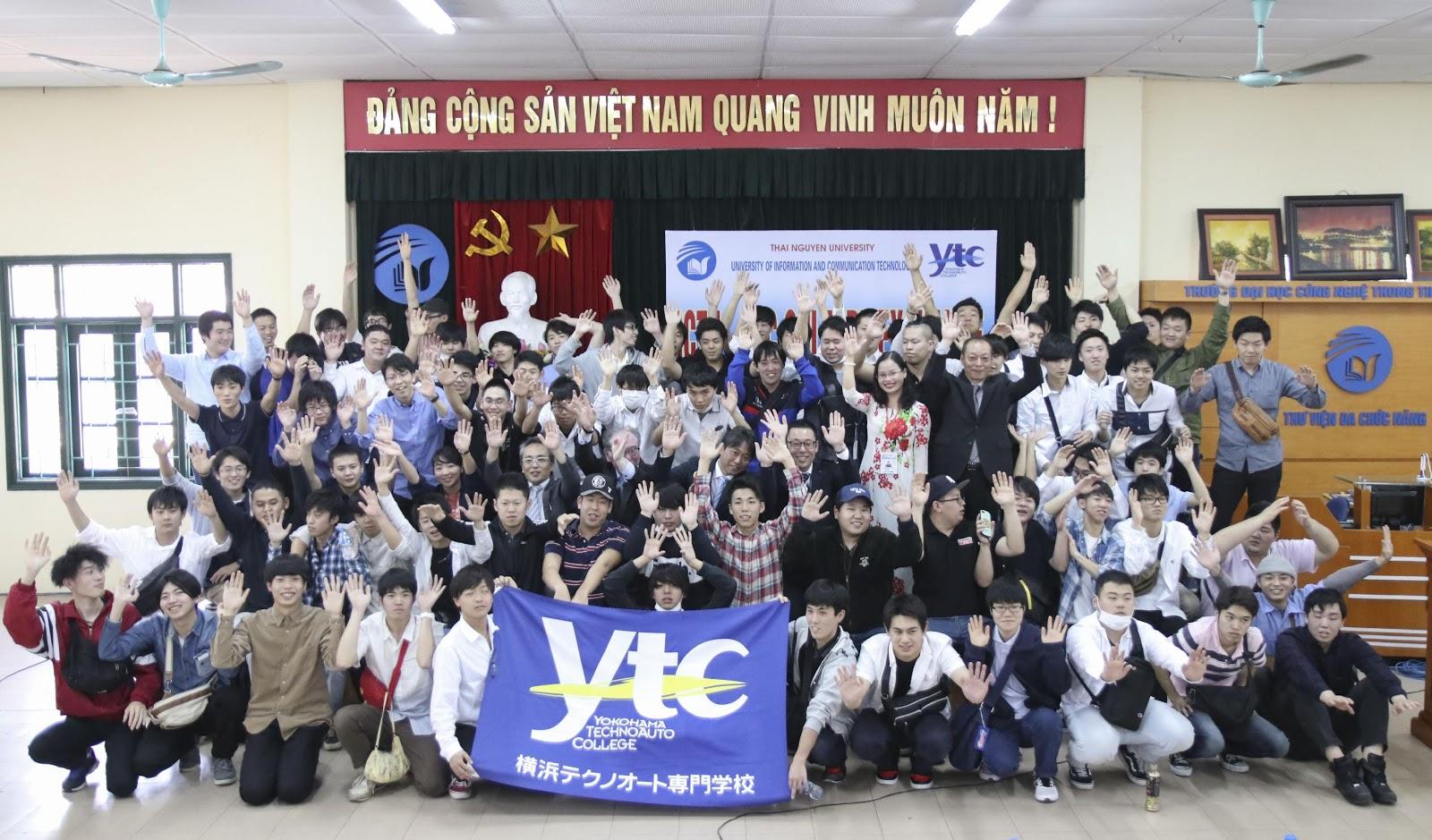